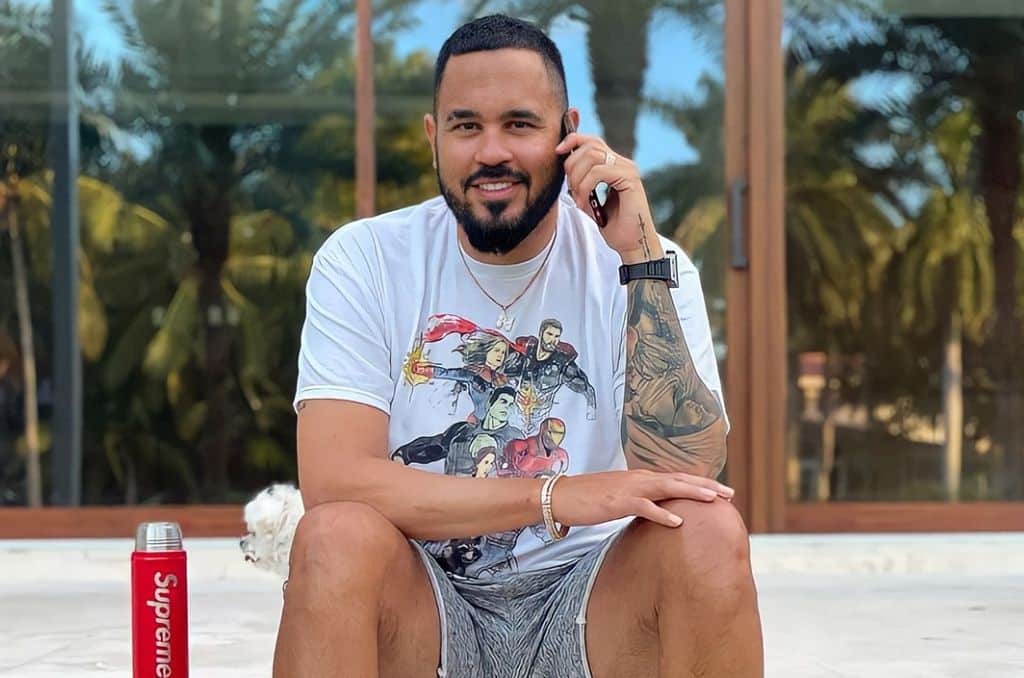 We frequently think of icons like Sean “Puffy” Combs, Dr. Dre, Suge Knight, J. Prince, and Cash Money’s Birdman when we hear the word “mogul.” The list of those who have aided in the development of other musicians’ careers in the music industry goes on and on. Reggaeton and Latin Hip Hop have its own business moguls who help support and develop fresh talent.

Sometimes, these people can be the person who changed their lives for better or for worse. It all depends on the artists and producers read their contracts before signing their deals. The music business is ruthless and luckily, there’s enough information available to us in 2022 that can help artists and producers alike from becoming victims of their own ignorance.

If you’ve been listening to Reggaeton since its inception in the early 2000s, you’ve probably seen artists shout out their labels and/or bosses in their tracks. It’s almost like doing this is a standard Reggaeton procedure. This was the first genre in which I heard producers’ names mentioned in songs. I had not noticed until Reggaeton music that artists would shout out the producer’s names or that producers sometimes had a signature tag in the songs they produced.

Point is people have been getting shout outs in songs since then.

Let’s start with a pioneer of the Reggaeton genre. Nelson Diaz aka DJ Nelson is the founder of the brand and label Flow Music. Did you know that he is responsible for the discovery of some of the most iconic Reggaeton producers? ‘LunyTunes Y Noriega’ are the names. Does this ring a bell? If you claim to be a die-hard Reggaeton fan and have never heard any of those names in a song from 2002 to the present, you’ve clearly been lying to yourself.

During Tego Calderon’s rise to fame, DJ Nelson produced a slew of songs. Since its inception, Nelson has been a mainstay of the Reggaeton scene. With the support of iconic radio presenter ‘DJ Coyote,’ he built Puerto Rico’s first popular Reggaeton radio station, 107.7FM. Daddy Yankee, Bad Bunny, and Anuel AA are just a few of the artists with whom he has collaborated. He aided in the development of Jay Wheeler into the successful musician he is today. He still has the ability to spot new talent, it’s safe to say.

Elias De Leon, dubbed Elias “White Lion,” is another mogul who deserves his roses. White Lion Records’ President and CEO is Elias. Along with DJ Playero, he’s responsible for some of the earliest Reggaeton projects to hit the streets of Puerto Rico. In the late 1990s, they released and distributed Playero 37 for around $1,500 USD. That’s where he met Daddy Yankee and executive produced his album ‘No Mercy,’ which was released in 1995.
He was one of the first, if not the first, producers to bring together American and Puerto Rican performers to collaborate. ‘Boricua Guerrero’ was the title of the record. ‘The Prophecy-Daddy Yankee Ft Nas’ was one of the album’s songs. There were also songs featuring unlikely collaborations, such as Don Chezina and Q-Tip, Yaviah and Big Pun, and others. Today, it still slaps. Listen to it here.

Residente, a controversial artist, has been his most successful act and discovery. Elias noticed that these people provided something unique to the game back when it was Residente Y Calle 13. Residente currently has more than 24 Grammy Awards.

Rafael Alexis Quiles aka Alex Gargolas is up next. He began his career, like the other moguls discussed in this essay, by producing in the most basic of settings. In his living room, Elias White Lion would record musicians. Alex Gargolas would record musicians in any location he could. Reggaeton did not have the same resources as it does now. He created a reputation for himself by collaborating with the top up-and-coming artists in the 1990s.
It wasn’t until he signed a deal with a label called ‘Aponte Distributor’ that he decided to start his own label, VIP Music. His first album, Gargolas 1- El Comando Ataca, was released in 1998. Maicol Y Manuel, Hector Y Tito, and Daddy Yankee were among the artists who contributed to the record and they were among the hottest in the game at the moment. It was the genre’s first project to sell over 160,000 copies.

From serving drinks in a bar with his friend Nicky Jam to becoming one of Reggaeton’s godfathers, he has made a name for himself. ‘Soy una gargola-Randy Nota Loka’ and the filthy Intro track from Gargolas 5 are two of my favorite tracks from his numerous albums (Gargolas 1-5). Alex is also the first openly bisexual Reggaeton CEO, and he should be respected for that. He comes from a time when speaking your mind was frowned upon and, in some cases, fatal.

He is currently enjoying the success of his first album in 15 years, Gargolas Forever, and also works as part of the Rimas Music team, which manages Bad Bunny, Arcangel, and many other current top artists.

Last but not least, we have one of the genre’s most well-known figures. You’ve probably heard his name mentioned in a number of tunes. “Pina Records” has been shouted throughout the tracks of everyone from Don Omar to Rakim Y Ken-Y. You’ve probably seen him on social media a lot for both good and bad reasons. There’s no such thing as negative PR… so they say.

Raphy Pina Nieves is a well-known Reggaeton record executive.
He is the President of Pina Records, as well as being in charge of hiring and managing musicians. He is currently Daddy Yankee’s manager. Rakim Y Ken-Y, Plan B, and Don Omar, among others, have credited him with catapulting them to super fame in the music industry.

Raphy is either an angel in their lives or the one who is preventing them from producing music, depending on who you ask. Just ask Tony Dize, who has been embroiled in a public fight with Raphy over unfulfilled contractual obligations. Rakim Y Ken-Y’s Masterpiece, Natti Natasha- IllumiNATTI, Nicky Jam- Vida Escante, and Karol G-Bichota are among the albums and singles released by Pina Records.

He took a risk by investing a large sum of money in the promotion of Daddy Yankee’s album “Barrio Fino.” Pina Records isn’t the sole source of income for him. Raphy operates a number of petrol stations as well as truck and vehicle businesses throughout Puerto Rico. A true businessperson. He is currently facing a 20-year sentence for illegally possessing guns. This isn’t to say that he hasn’t had an impact on Reggaeton music.
This doesn’t diminish the impact he’s made in Reggaeton music. This lengthy piece about Raphy doesn’t imply there isn’t more to say about the other moguls named above. Because of his social media presence, he’s just a lot more visible. He’s currently married to Reggaeton star Natti Natasha.

At the time of this post, Raphy is serving a 3 year and 5 months prison sentence for illegally possessing a firearm. He’s been dealing with health issues while in prison due to his diabetes condition. He commited a crime and has to sit down for a while because of it. Let’s hope he makes it through and can return to his family.

We see a lot of nice music studios, jewels, and luxury cars these days, but we rarely think about what it took for record labels to recognize Reggaeton and Latin Trap as a lucrative revenue stream. Let us remember the names listed in this article and pay tribute to their sacrifices in order for this incredible music to reach the heights it has in the industry and around the world.