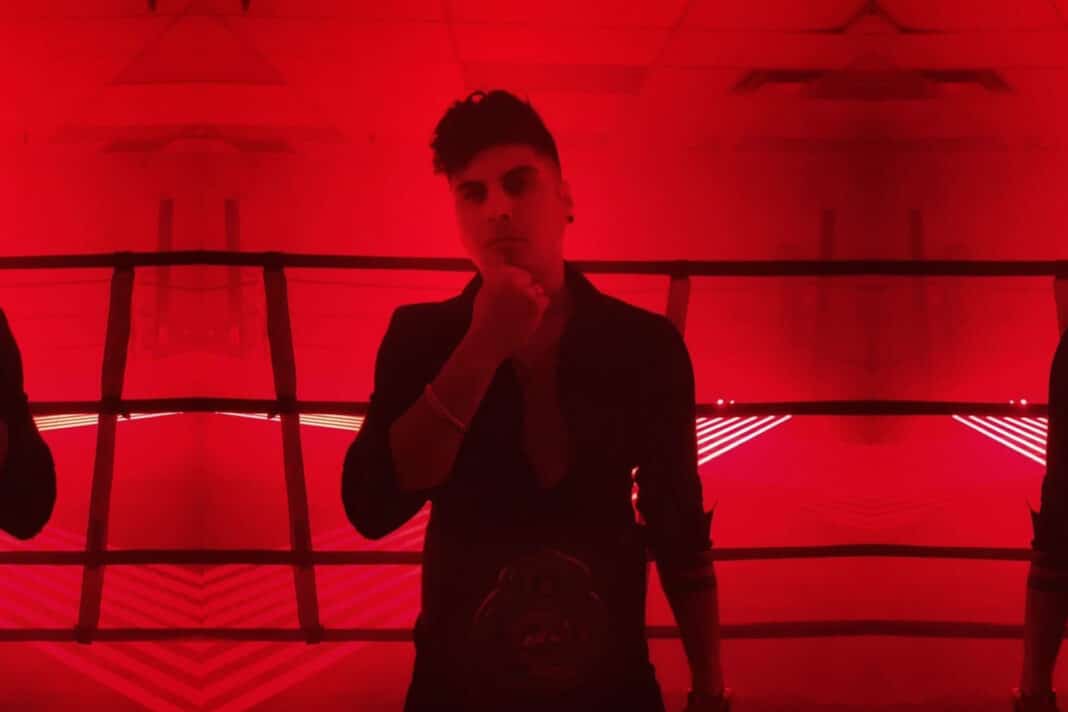 A native of Toronto, BenAnthony LaVoz is one of the fastest rising artists in the industry. From humble beginnings to festival performances, BenAnthony’s message of ‘Love What You Do’ has seen him make an epic rise in the game.

With his grandparents escaping war-torn El Salvador with their three daughters, and just five dollars to their name, they managed to change their lives around becoming not only homeowners, but also seasoned professionals. It is this dedication to strong moral, ethical and familial values that inspires BenAnthony’s work ethic and vision.

From a young age BenAnthony began performing at events like World Youth Day, the Latin Grammy’s and Calle Ocho in Miami, seeing him win Latin Artist of the Year in 2014. As the biggest name in the Toronto-Latino community, BenAnthony has performed with high-profile artists such as Prince Royce, Nicky Jam, Bad Bunny and Ozuna.

Continuing his rise to the top with a Canadian Latin Music Award Nomination (Best Song) in 2019, and summer hit El Norte – celebrating the Toronto Raptors NBA Championship and his home city – BenAnthony keeps gaining ground as one of the most influential artists in Toronto, all while uniting people spiritually through volunteer efforts and a dedication to working with troubled youth.

We Ask Ben WHat have you Been Up  After Covid-19 HIT | SEE His answer is Below.

After the awards , I was booked for a tour in Egypt and Israel and El Salvador, upon my return; the covid-19 pandemic hit hard with border closures and strict lock down restrictions. I had a full media run booked in Los Angeles, El Salvador and Colombia that all had to be cancelled. Things seemed gloomy.

However, I decided that I would use this time to hone into the very basics of my career… songwriting. I would reach out to an old friend, Sensei Musica where we would embark on remaking a modern version of Nunca es suficente – Los Angeles Azules ft Natalia Lafourcade.The process took longer than usual, as studio sessions were cut back due to covid, but when we finally banged it out, the song exploded , with over 50,000 streams and 304 000 Youtube views and 20,000 + Tik toks , this had me motivated and back in the game, other collaborations fell suit with Casanova w/ Joey jay which produced over 70,000 streams, and other features that had great success.

2021 would result in the formation of the network group X which included artists I worked most closely with : Karlito in which our song Feelings remix was added to the iHeart radio rotation,  Teria Morada, whom we performed in Love 2 the world , which included superstar Jason Derulo, Delon Om: an artist who I met during the pandemic and shared the same vison for a Polaris and Juno win, which entailed the making of a full scaled album production (The Gentleman and the Scholar ) with the acquirement of Canadian renowned publicist Sasha Stoltz, and last but not least Mr. Foxxx: My brother who finally decided to embrace his musical calling and embark on the project The Degenerates, with the first release Degenerate Hotel dominating the tabloids all over north America.

Release an EP entitled Gemini, which was made solely for listening purpose and was not marketed. The EP took 3 weeks to accomplish with the hard work of T.J Habibi , Jd De Sedas, and Riggomatic (panama). It was a personal achievement and the video for the Single was released and is an inspiration to all independent artists. I had the Opportunity to Headline CMW (Canadian Music Week) 3 out of the 4 submissions entered and got phenomenal feedback. This event also caused concern, when I realized the only submission not granted was my personal submission with Nunca es Suficente, and I quickly realized it was because it was a fully Spanish speaking movement. The attention on the president and CEO of CMW was gained and future compensation was achieved and will be rectified for the coming CMW events. 2021 also brought a sort of “last dance” for my old band La Revolucion Musical with the release of our past songs (17 track album) on all platforms worldwide + 1 new song Los Duros w/ video.

As the Summer ‘21 started, major players of the Latin music industry came together to make a compilation album of the top artist in Toronto, and my song Borrach ft. the legendary Lucho De Sedas was accepted. Furthermore, I continue my ascendance with my music composition, paving new roads sharing love and dedicating my career to put Canadian Latin music on the world stage.

Thank you Ben you can follow him on Social Below.

Please subscribe to our newsletter to get the latest news in your domain of interest. Don't forget to follow us on social networks!